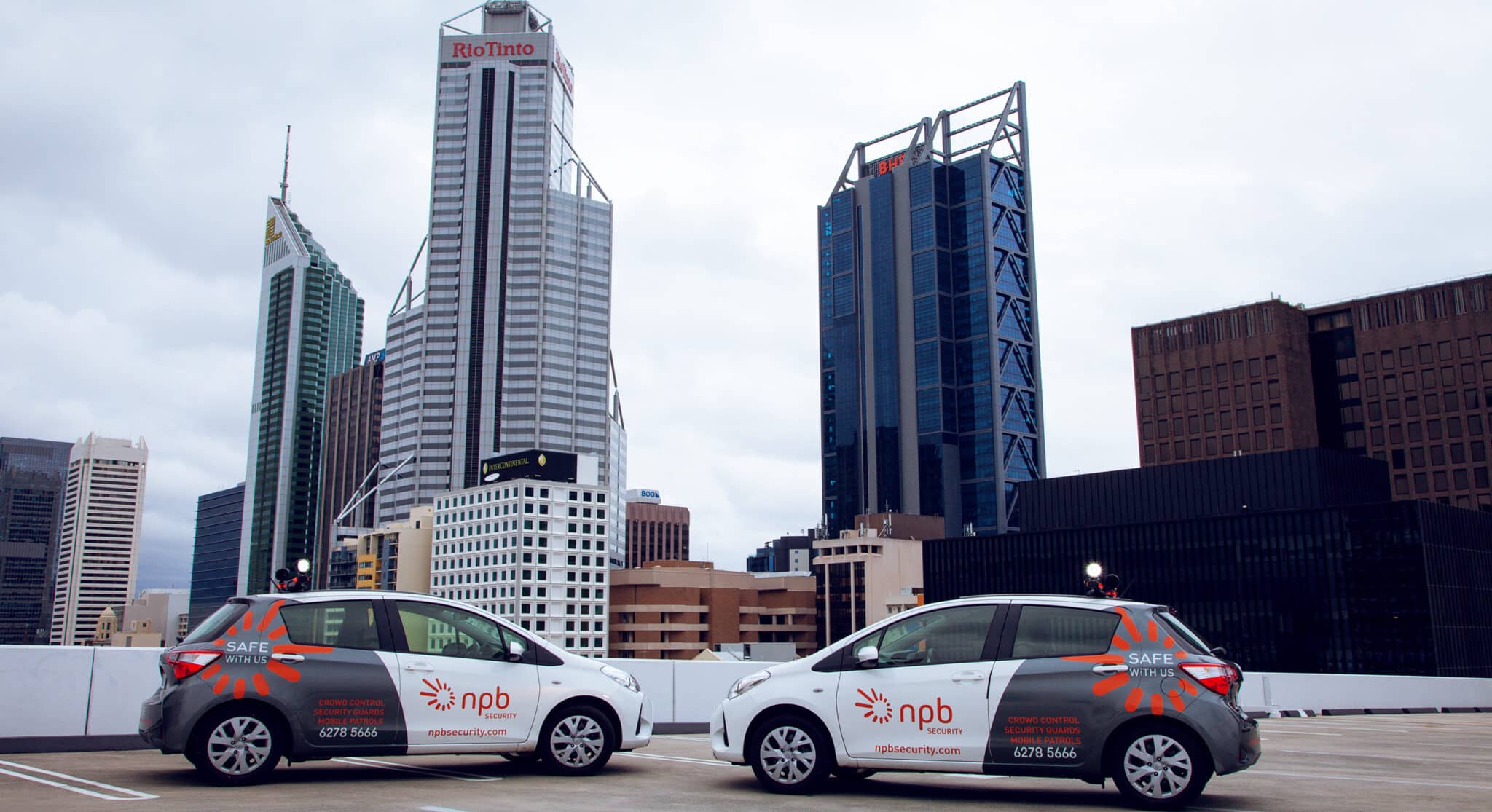 Home / Secure Us News / Hard work, technology and sisterly love: NPB celebrates the keys to success at its 10th anniversary

Keep up to date with the latest news

Hard work, technology and sisterly love: NPB celebrates the keys to success at its 10th anniversary

As Perth based Security Company, NPB Security reaches its 10-year anniversary, and founding directors David Barrett and Scott Parry look back over the decade, they say it’s been a long ride and a roller coaster.

Both agree that COVID-aside, the first couple of years were probably the toughest.

Says Scott: “We had been working at the same security company, we were sitting at the Queen’s Hotel having a few beers, and we decided to give it a crack.

“We were in for a bit of a rude awakening. We did a lot of cold calling, made up proposals which we’d drop on prospective clients and we were fortunate to get a couple of clients start us off. But we expected people to come flocking because we’d been in the business and knew a lot of people. That didn’t happen.”

Through patience and perseverance, however, they were able to push through.

Continues Scott: “Fortunately a few clients decided to take a punt – the Mount Henry Tavern, The Grosvenor, Adventure World – clients who are still with us today. Then we had our first real break when a venue called the Breakwater signed us up. Its owner was a very well-known guy who had a lot of sway around town and through his endorsement, we got a real foot in the business.”

By year two, NPB (an anagram of surnames) started to fly with the Company snaffling up the Little Creatures contract and winning the 2013 Telstra Business Award for Best Start-Up business.

Dave credits winning the highly coveted Business Awards to some deft work by his sister who was working part time at NPB after a stint overseas.

“We never thought we’d win but my sister filled out about 40 pages of paperwork, then the Judge came to interview us and she must have liked what she saw because we won!”

The company now employed about 200 people and the next milestone was winning the contract for the Subiaco Oval (then known as Patersons stadium).

Scott picks up: “It was still difficult to win these major events because we were still considered a new company. No-one wanted to take the risk. We tendered the first time and didn’t win, then it was tendered again the next year, with huge competition from the eastern states, and we got it second time around.”

Dave says NPB’s adoption of new technology had a lot to do with this win and the traction that followed.

“We’ve always maintained a customized operations system, a digital system that a local programmer built for us. It allowed us to roster staff when other companies were still using Excel spreadsheets. We could also onboard staff in a few hours opposed to a few days.

“Then we became ISO-certified and we were able to get better at monitoring the efficiencies of the business. It was a bit tedious at first but we quickly found our form and used it to access government tenders and win wider business.”

The ISO certification was an asset to winning the company’s first government tender with VenuesWest, says Dave.

“In simple terms we are securing their assets and responding to alarm activations after business hours at their sites around WA.”

By 2015, and with its reputation growing, NPB won the WACA security contract after another competitive and highly charged tender process giving it a hat trick of “Colosseums.”

“By then we were seen for what we are,” says Scott. “We were authentic and distinctive – especially with our orange branding – and we led from the front in everything we were doing.”

Over the past five years, NPB has gone from strength to strength winning the WA Hospitality Supplier Awards from 2015-18 and expanding its workforce to more than 1200 employees. It has contracts spanning a raft of sectors including retail, government, mining and construction, and the work continues to diversify.

The company has ramped up work across the retail sector with teams working for clients including Woolworths, BWS and Rebel Sport, and contracts in construction and mining have evolved so the Company now oversees activities such as random drug and alcohol testing.

The work role of the security guard has definitely changed over the past decade, Scott says.

“It’s not just about providing a security presence anymore. These days, we play the role of a responsible host and the whole team are attuned to the value of customer experience. You have to offer more these days – and we do.”

With this sparkling track record, you would think that the duo would be out there celebrating NPB’s diamond anniversary.

Dave: “Look, we’ve been extremely busy with reopening of phase 3 and 4 COVID restrictions, and Optus, so we had a low key celebration. Scott and I went out to visit some of our original clients and give them gifts. It was fun catching up with clients we have grown up with and looking back over the last 10 years. Plus, there were a few sneaky drinks along the way.

“The girls from Artrage, the Fringe World Festival, asked us if we were enjoying our victory lap around town. That made us giggle.”

As for the next 10 years, Dave says he and the business are primed and well prepared.

Want to know more about our unique security services?

Get in touch today